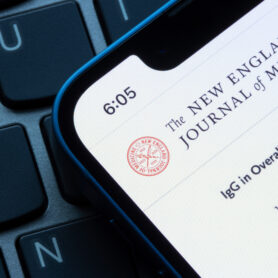 The introduction of biologic therapy has revolutionized the treatment of inflammatory bowel disease (IBD). However, like all therapeutic proteins, monoclonal antibodies have immunogenic potential which is influenced by multiple drug- and patient-related factors. The reported incidence of anti-drug antibodies (ADAs) towards biologic drugs in IBD varies greatly in the literature and depends not only on differences in sensitization but also on the assay methodology and the timepoint of measurement. Sensitization with formation of ADAs is associated with an increased risk of infusion reactions, accelerated drug clearance, and a loss of response (LOR) to drug. Recently, a greater understanding of the pharmacokinetics of therapeutic antibodies has led to the development of new strategies to reduce immunogenicity and more efficient use of these drugs. These preventive strategies include regular scheduled dosing with maintenance of stable therapeutic trough drug concentrations, and co-administration of an immunosuppressive. Sub-therapeutic drug concentrations with low levels of ADAs can generally be overcome with dose escalation, whereas the presence of high concentrations of ADAs requires a switch to another therapeutic agent.